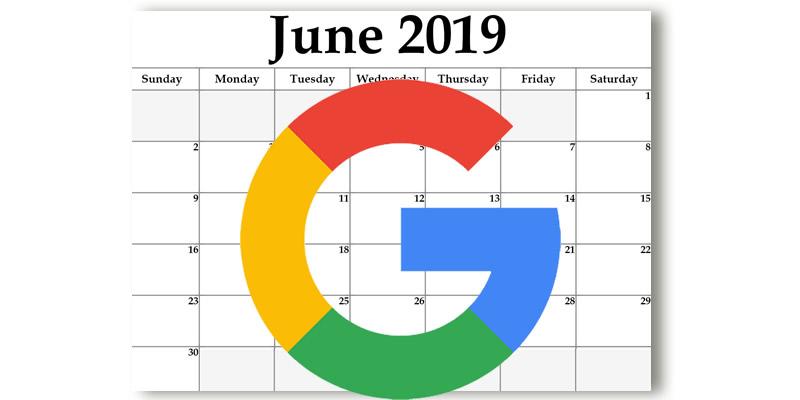 In the early days of June and July of the current year Google released two successive updates to their core algorithm that impacted substantially the rankings across many websites.

According to most experts, the update of June 2019 affected more domains seems than most of the previous updates, and was aimed at fine tuning their core algorithm. It apparently finished deploying on the 5th of June, but was immediately follow by a first stage of what is colloquially known as a "diversity" update. The core update of July 2019 was almost entirely centered on the "site diversity" issue and deepened the focus on it. The impact was felt immediately, with some traditionally big websites seeing significant drops in traffic overnight.

The push behind the updates seem to be twofold: on the one hand there is the intention of providing a wider sample of websites in the top results. This means that if your site dominated the rankings for a certain keyword phrase, with 3 or four entries in the first page, that will not be the case any longer: a maximum of two entries will now be the limit (with room for discretion, of course: if you search for Amazon you can be sure the whole page will return Amazon .com and .ca results).

But it also means that smaller sites that once were push down the page by larger companies now have a chance to climb closer to the top. Either way the site diversity update is bound to have implications for the search traffic of many - if not most - websites.

The other side of the equation is the refinement of Google's “algos” in the pursuit of well designed, fast websites with top notch content, unique graphic material and well established good reputation. As Google puts it, the way to help your site perform better is simple: keep making your website better.

Mixed in among all these changes, is the big push given to structure markup as a form to provide content, which drives the "Featured Snippets" and "People also ask" areas of the search results. These areas are NOT included in the limiting rule of two results per domain, and have therefore the potential to provide an even better ROI than before.

The announcement of the diversity update was made via twitter, in a series of tweets by user Google SearchLiaison (@searchliaison)

Here are the main tweets on the subject, for your perusal:

"Have you ever done a search and gotten many listings all from the same site in the top results? We've heard your feedback about this and wanting more variety. A new change now launching in Google Search is designed to provide more site diversity in our results..."

"This site diversity change means that you usually won't see more than two listings from the same site in our top results. However, we may still show more than two in cases where our systems determine it’s especially relevant to do so for a particular search..."

"Site diversity will generally treat subdomains as part of a root domain. IE: listings from subdomains and the root domain will all be considered from the same single site. However, subdomains are treated as separate sites for diversity purposes when deemed relevant to do so..."

In conclusion: although your site might be affected by these updates, the solution is at hand. It consists of consistently and systematically improving the areas of your website that constitute the focus of evaluation: speed, content, graphic materials and most of all, building a solid and comprehensive net of structured markup.

In other words: we have you covered!